“Calais: Welcome to the Jungle”

is a journalistic project
exploring the challenges of migration in the 21st century.

We produce articles, we make documentaries, we organize readings and discussions
and we present our findings in multi-media storytelling.
Whatever it takes.

All we want is to stimulate a rational and mature debate on complicated issues.

Broadcast on Dutch TV of the documentary
'Calais: Welcome to the jungle'

We have been criticized for putting the video clip from our attack online.
People told us it was an irresponsible act that would fuel right wing, anti-migrant sentiments.
However, we have a few sets of very specific reasons which we wish to make explicit here.

01
First of all, our 40 second clip is a condensed version of the refugee crisis that is indeed very complex. There are predatory, 'bad' refugees attacking us, there are however also brave, valiant refugees that come to our rescue. This is an accurate reflection of the diversity of the migrant population.
02
Secondly, our clip proves exactly our point that we think the immigration debate has been extremely polarized in which each side has dug itself in its own, self-confirming bubbles, 'information cocoon' in the words of economist Joseph Stiglitz, in which feel safe from opinions and fact that challenge their viepwpoints. Each side is so convinced of it own rights, swallows in moral superiority and accuses the opposite camp of either inhumanity or plain stupidity. Social media have accelerated this trend. Most discourses these days seem based on emotions. The picture of the drowned toddler Aylan caused an outpour of support for refugees. After Cologne, the public opinion flipped. The heated reactions on social media to our clip illustrate to the bipolar, schizophrenic attitude dividing society. We think a healthy debate and constructive policies should be based on rational arguments, not on prejudices, not on wishful, thinking but foremost, not on superficial emotions caused by sharing dramatic images on social media.
03
Thirdly, as sincere journalists who value freedom of speech, we disapprove of any form of censorship and even worse, of self-censorship. We think is it rather paternalistic that journalists should decide what information is deemed fit for the public. We love to think our audience is mature enough to handle the information provided by us in a responsible way. That this is not always the case, is sad, but does not legitimize a selective distribution of information.
04
Last, in our documentary, we show different perspectives. We show views of migrants, aid workers, volunteers, activists, politicians, authorities, law enforcement personal and last but not least, the vox populi, the man in the street in Calais. By posting our clip, we have invited the vox populi in the online and anonymous world. It is very interesting to see the wild array of responses. We have been accused of being leftwing, naive dangerous idiots, we have been accused of either being pro-muslim or anti-muslim, people called us fascists, some are convinced the attack scene was fake and staged for publicity purposes. This wild array of responses, has turned to be ab unintended social experiment which we will use in our documentary.

The only thing we hope for is

to stimulate a sophisticated, mature and realistic debate on migration. For this, we are making our documentary and write lengthy articles. The attack video turned out to be the perfect teaser.

We will keep you posted

Teun Voeten studied cultural anthropology and philosophy. He has photographed conflicts worldwide since 1990. Voeten wrote books on the underground homeless in New York, the war in Sierra Leone and the drug violence in Mexico.

Maaike Engels graduated at the Willem de Kooning Academy, Rotterdam as an animator in 2001. Since then has has worked as a VJ, media-professional, art-director and video-artist, currently with a strong focus on concept & document.

Independent filmmakers Maaike Engels and Teun Voeten try to obtain an interview with the No Borders Solidarity Network in Calais for their documentary 'Calais, Welcome to the Jungle'. Their polite request is turned down as the activists declare their premisses a 'journalist free space'. In this clip the activists explain their problems with the media 'mediating their message'.

Interview with Islamic Unity Society. Aid group from UK manchester. Warning for ISIS recruiting among refugees in Calais Jungle. "Whoever is going to symphatize with them, will actually make use of them."

Teun talks with aid volunteer during demonstration in Calais. From outer space she sees no borders. 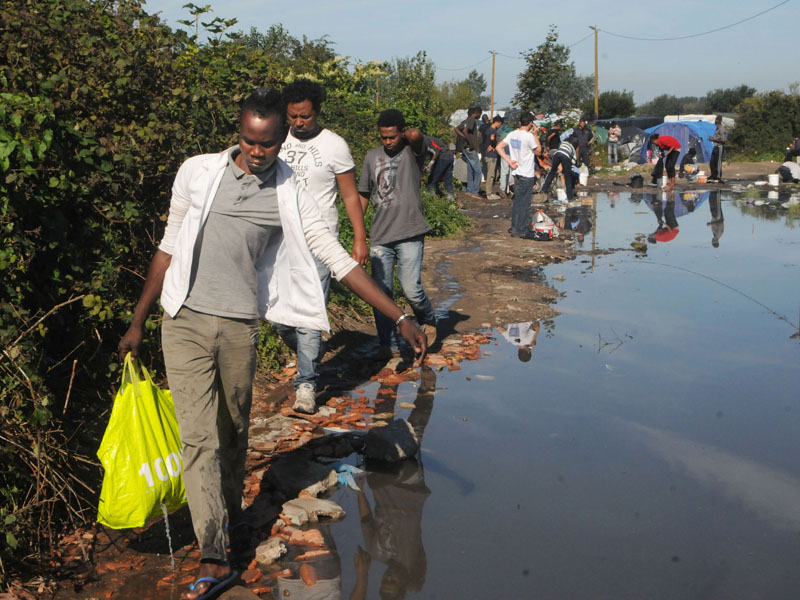 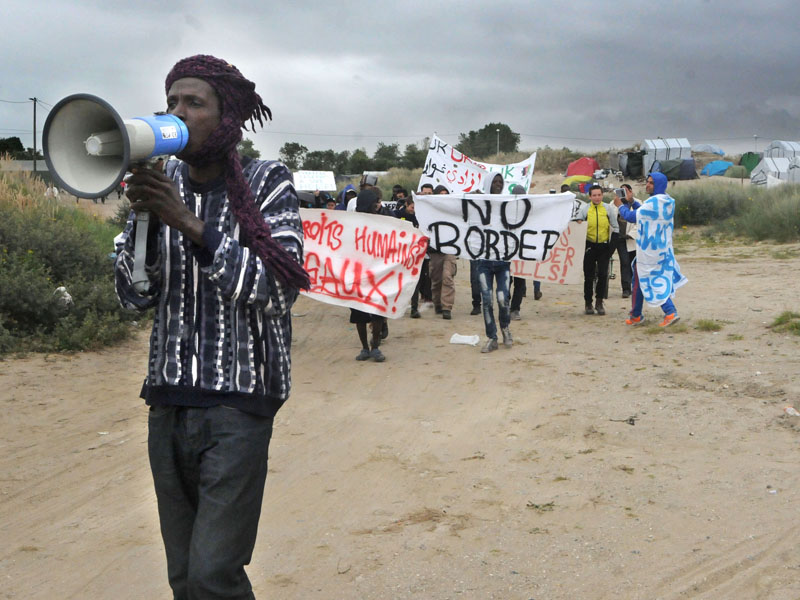 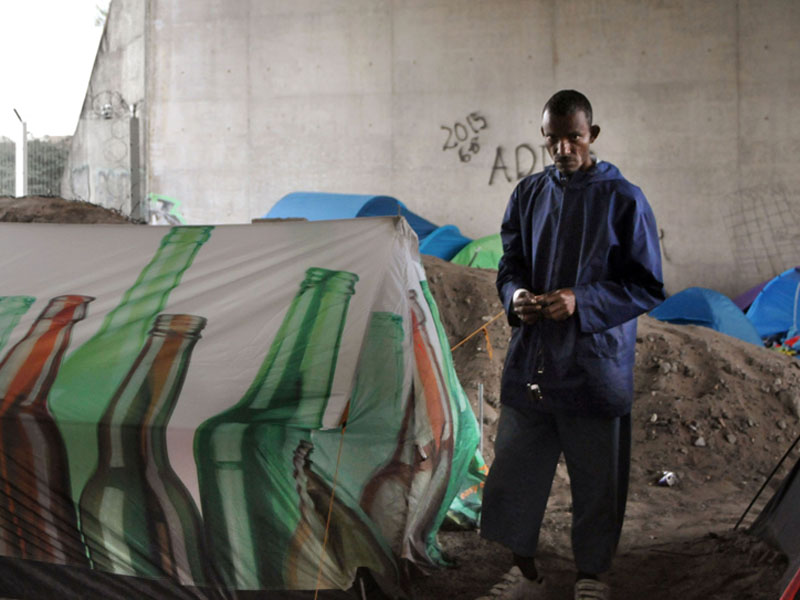 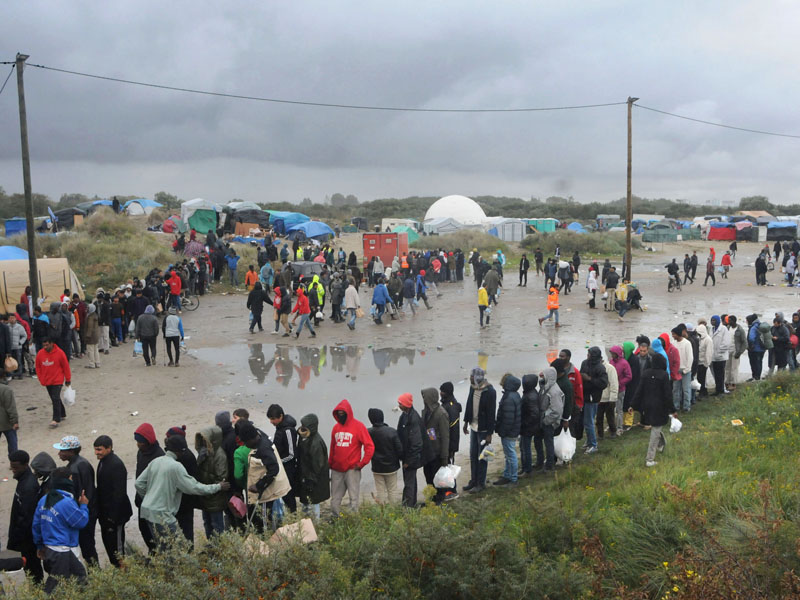